Cricketers are the only professionals in India who get media attention with ease. Like when they score a century, claim a hat-trick, create a record, involve in a titanic tussle, they hit the headlines for all the reasons. Cricket is deemed as a ‘religion’ in this country. There is no doubt that it’s the most-watched sport in India.

Indian cricketers are paid handsomely for representing the country and they are known to lead a luxurious life. Apart from earning in the international arena, they also get tonnes of bonuses from the cash-rich Indian Premier League. To put it in simple terms, earning money for them is as easy as a pie.

Apart from playing cricket as a profession and other games for practice and fun like football, players love to take part in other activities as well as camping, hiking etc.

Apart from ripping bowlers all around the park, Sachin seems to be passionate about the cars as well. He has been seen with BMW MS and BMW X5. Not yet, Nissan GTR 530 is the latest one added to his car tally.

The Master Blaster has investments in a notable number of brands. He is one of the important investors in Smartron technology company along with investments in brands like Musafir, Smaaash Entertainment.

He also owns a number of restaurants to his name as well. Sachin Tendulkar is also the co-owner of Kochi ISL franchise Kerala Blasters FC. In addition to that, he is also a stakeholder in S Drive and Sach.

When Yuvraj Singh gave a befitting reply to England on their soil with famous six sixes in an over to Stuart Board, Lalit Modi who was the BCCI chief at that time gifted him Porsche 911. Besides this, he also owns Lamborghini and BMW X6M.

The former Indian Captain is a massive fan of bikes but he also has the same feelings for cars. GMC Sierra, Hummer, a Toyota Corolla, a customised open-top Scorpio and Mitsubishi is a group of cars which he owns.

MS Dhoni has recently bought 25% stakes in a Chennai-based sports tech startup named ‘Run Adam’. He is a co-owner of the Chennai-based football team Chennaiyin FC, a famous team in the Indian Super League (ISL).

He also owns stakes in a number of small business ventures and the most significant one seems to be SportsFit World. ‘SEVEN’ is a supreme lifestyle brand that is co-owned by MSD.

Dada owns a great number of car collection which includes a fleet of 20 Mercedes-Benz cars and four BMWs and other local ones.

The 1983 World Cup-winning captain owns a sports car which has a unique look. Kapil Dev owns Porche Panamera, which is known for its efficiency.

The ‘Nawab of Najafgarh’ owns Bently continental flying spur. Besides that, he also owns a restaurant named ‘Sehwag’s Favourites’ in the national capital and also has invested in the Sehwag International School in Haryana.

His decisive approach to change the lives of children has earned him lots of praises from the country.

After being nominated as test player of the year in 2004, the world cricketing body, ICC announced the gift of Hyundai Tucson. Besides this, he owns a BMW also.

Also Read: 10 Times Rahul Dravid proved that he is a Classy Gentleman in every aspect

Virat Kohli possesses towards cars. Apart from Audi R8, Virat owns BMW X6. Recently he got Duster as a gift from Renault. He also owns a string of gyms under the name ‘Chisel’.

He has invested money in startups named ‘Stepathlon Kids’ and ‘Sports Convo’, wherein he is also a brand ambassador. In addition to that, he has an e-commerce fashion brand WROGN.

The Turbunator owns a Hummer H2 car. Besides this, he has been seen also with other local ones.

The former head coach of India owns a Black Mercedes. Besides this, he owns a Ford endeavour also. 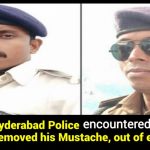 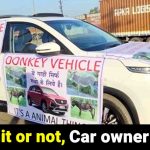