India limited-overs vice-captain Rohit Sharma has been in the headlines for all the right reasons. In the recently-concluded five-match T20I series against New Zealand, Rohit Sharma scored two crunch fifties in the last two games.

Rohit Sharma was named the man of the match in the fourth match for his splendid performance with the bat. When the game was taken to the super over, Rohit Sharma showcased his big-hitting skills off Tim Southee’s bowling and smashed two sixes off the last two balls of the super over to help his team win the game.

The elegant right-handed batsman injured while he was playing in the fifth match at Bay Oval. After scoring a fifty, he looked uncomfortable and hence he left the field. India are scheduled to play three ODIs and two Tests. With Rohit’s injury a deep concern for India, it still remains a doubt whether he would play the upcoming series or not.

According to BCCI sources, Rohit Sharma will not feature in the upcoming series in New Zealand. It would be a huge blow for India’s winning chances.

Besides being busy with cricket-related activities, Rohit Sharma surely loves to spend some quality time with his family more often than not. He and his wife Ritika Sajdeh have been blessed with a baby daughter Samaira in 2018. Since then, his wife Sajdeh has been posting videos of their daughter on social media platforms. 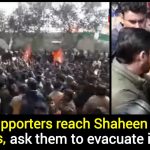 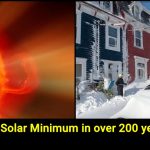