Protest against Citizenship Amendment Act has created a stir throughout the nation as violent agitation reached from Delhi to West Bengal to Assam. Muslim protesters in West Bengal are furious at the exclusion of Muslim migrants in the CAB.

A massive crowd of Muslim protesters set empty trains on fire standing at Krishnapur railway station near Lalgola in Murshidabad district. Reportedly 5-7 such trains have been burnt down in West Bengal. However, No one was hurt in the incident otherwise this could have been the Godhra II. The protesters are damaging government properties but on the other hand, the CM of West Bengal, Mamta Banerjee has called for a boycott of the bill instead of curbing the situation.

The agitators also blocked railway tracks at the station in Murshidabad district and vandalized government properties. A crowd of protesters emerged from the Jummah Namaz at a mosque adjoining the station and blocked the entire railway line at Krishnapur railway station. A few of them were carrying ‘Oppose CAB and NRC’ posters. A huge crowd of miscreants then descended on the station and started pelting stones at trains.

The protesters vandalized Sujnipara also in Murshidabad district and set ablaze railway tracks at Harishchandrapur in neighbouring Malda district to show their anger.

They ransacked Sankrail railway station in Howrah district, torched its ticket counter and vandalized the signaling system. “When RPF and railway personnel tried to stop them, they were beaten up,” a senior Railway Protection Force official said.

The NH6 was blocked in Domjur by protesters who burnt tyres and ransacked several vehicles, a police official said.

A huge police contingent has been rushed to the spot to control the situation, they said.

Seeing the fact, the Citizenship Amendment Bill has nothing to do with Indian citizens, Muslim or otherwise, as it grants Indian citizenship to religious minorities in Pakistan, Bangladesh, and Afghanistan. Anyone belonging to Hindu, Jain, Buddhist, Sikhs, Parsi or Christian communities from these three countries who have come to India before 2014 for religious persecution and already living in India will be given citizenship after the bill is passed. At the same time, Indian citizens do not need to worry about this act as they will not be asked to produce any document to prove citizenship after the CAB is passed. 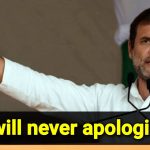