Speaking at the ‘Google for India’ event in New Delhi, Prasad said the government is keenly working on creating an India visualized by Prime Minister Narendra Modi in 2014, where IT + IT = IT (Information Technology + India Talent = India Tomorrow).

“Digital India is designed to empower ordinary Indians with technology and make their lives better and most importantly, foster digital inclusion. From digital services to financial technology to job search to buying grocery, the country is moving on a fast lane of digital empowerment:” the Union minister for electronics and Information Technology added.

Giving a perfect example of the massive growth of digital payments in India, Prasad added that the government promotes the use of such technology to give Indians access to different platforms.

Prasad also said that the Centre is putting constant efforts to promote extensive use of digital platforms and services in the country, with the IT department laying down several policies on software products, open source and electronic manufacturing.

Elaborating the future of electronic manufacturing in India, Prasad said that India is today the 2nd biggest mobile manufacturer in the world.

Appreciating Google for launching several user-friendly products and amplifying its footprint to the rural areas, Prasad echoed that he has asked the US-based search giant to make India a “launchpad” for its products.

The Union Minister went on to express a great leap of faith that tech giants like Google will play a significant role in helping realize the $1 trillion digital economy target and then urged the tech firm to “Make (products) in India and export them to the world”. 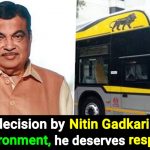 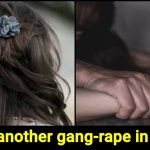