In a shocking development, a 14-year-old Pakistani Catholic girl was allegedly abducted from her residence in Karachi. She was forcefully converted to Islam and married off to a Muslim man.

The incident took place on October 14 since then the minor girl went missing and did not return home. Her parents have been looking for her since October 14 and registered a complaint. According to her parents, the minor girl was 14 years old when she was abducted in October last year, forced to convert to Islam and married off to abductor.

The case had reached the court and Justice Muhammad Iqbal Kalhoro and Justice Irshad Ali Shah were hearing the case. According to judges, the marriage between the alleged abductor and the Catholic girl would be considered valid and legal under the Islamic Shariah Law as the minor girl had already got her first period,

Now, the two-judge bench has pronounced its judgment in the case of kidnapping stating that if the girl has already had her first ‘menstrual cycle’, then she would be considered an adult under the Islamic Shariah Law. The girl should be married to the abductor and the marriage should be considered legal and justified. The statement of the two judges took the parents by shock.

“We were in a state of shock when the judges did not consider our evidence and referred to Sharia Law to justify the marriage”, father of the girl said.

“We were expecting to see our daughter at the court hearing. We haven’t been able to see her since her abduction on October 14. We also hoped that the court would deliver justice and hand us the custody of our daughter,” the father added.

Parents of the minor girl says that they have already submitted documents of the girl which prove that she is 14 years old. According to the documents provided by parents the girl was born on May 22, 2005. Girl’s family is still looking for justice for their girl but the remarks from judges left the parents in shock and helpless.

The parents had been searching for their girl tirelessly for many months. They were hoping that they would get justice from the court for their girl, but even the court’s judgment did not do any justice with the minor girl. 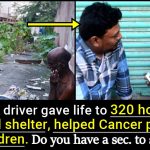