National Aeronautics Space Agency (NASA) has expressed its interest to learn more from the Indian Space Research Organisation (ISRO) scientists regarding the lunar South pole of the Moon. Talking about the same, NASA said that they will send its astronauts to India on their Artemis mission in the next few years.

Last year, NASA congratulated ISRO for the successful launch. “Congrats to ISRO on the launch of Chandrayaan 2, a mission to study the Moon. We’re proud to support your mission comms using our Deep Space Network and look forward to what you learn about the lunar South pole where we will send astronauts on our Artemis mission in a few years,” NASA tweeted.

For the unversed, the Indian space agency’s budget is less than 1/20th of NASA. The success of the Rs. 1,000-crore moon mission would be a massive boost for India’s space plans.

Chandrayaan-II mission was launched onboard by the Indian space agency ISRO on its most powerful launcher GSLV-Mk III, from Satish Dhawan Space Centre in Andhra Pradesh’s Sriharikota

This was India’s second trip to the moon and the first probe, Chandrayaan 1, that was launched in October 2008, made India the first country in the world to complete a successful moon landing in the maiden attempt.

Last year, Prime Minister Narendra Modi hugged Dr. K Sivan outside the space centre in Bengaluru and consoled him just six hours after ISRO lost contact with the Vikram lander. This touching gesture was appreciated by several people, including several political leaders. PM Modi patted ISRO Chairman as he broke down at the ISRO headquarters in Bengaluru

On September 7, 2019, ISRO lost connection with the Lander just 2 minutes and 2.1 km away from India scripting history by becoming the first nation to land near the Lunar South Pole. 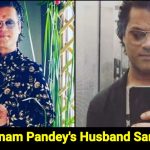 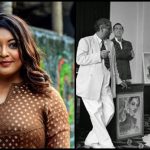