In yet another shocking incident, a schoolgirl was gang-raped by two men while she was on her way to school in UP’s Azamgarh district. After this incident. she has been asked by her school principal to stop attending classes.

While the Azamgarh district magistrate has ordered an investigation into the school’s decision, police Monday arrested 2 men for the sexual assault.

The girl was kidnapped by two men in an SUV while she was on her way to reaching the school on Thursday. The girl’s family had registered an FIR three days later. The school principal had denied the allegations and claimed that he only asked the girl to stay at home for a couple of days until the matter is resolved.

He also added that he did not have state government recognition to run a school and claimed it was only a private coaching centre with minimal infrastructure.

When asked about the investigation, SDM Priyanka said the principal denied that he removed any student from school but had failed to provide an attendance register. “I will visit the school on Tuesday. We have given the principal an ultimatum to produce the register and all relevant documents. The claim that it is just a coaching centre and not a school is part of the investigation,” she said.

The local village head told The Indian Express: “She was on her way to school Thursday morning when two youths in an SUV forcefully took her. She was sexually assaulted and was left at a secluded place. She somehow managed to reach to a country-made liquor shop and raised an alarm.”

“The girl’s clothes were blood-soaked and she was taken to her school. There, instead of informing the police, the principal called her parents and said he was striking her name from the school records.”

SP Azamgarh Triveni Singh said the FIR against the 2 accused was registered Sunday on the complaint of her father and that the accused were detained the next day.

“An FIR was registered under IPC sections 376-D (gangrape), 504 (intentional insult with intent to provoke breach of peace), 506 (criminal intimidation) along with relevant sections of the Protection of Children from Sexual Offences (POCSO) Act against Sikandar and Rishi Kapoor,” said SHO Sher Singh Tomar, saying that Sikandar works as a driver and Kapoor runs a mobile phone shop.

Tomar further added that SUV has been seized and that the girl was taken to the district hospital for a medical examination. Azamgarh DM Nagendra Prasad Singh said no school had the right to take off a student on such terms and said the SDM has been asked to conduct a probe into the matter along with providing the girl support.

“If the allegations against the school are true then stern action will be taken against them. I assure that education of the girl will not be affected. We will talk to her parents and the girl also.

As far as the claim by the principal that he is running just a coaching centre, several schools are making similar claims after we recently started a campaign to identify and shut schools running without proper permission. So far, we have shut 16-17 such schools in the last three months and slapped fines of more than Rs 1 lakh. It is very possible that the principal is lying,” said Singh.

District Inspector of Schools B P Sharma added that he had no info about the matter and will take notice on Tuesday. 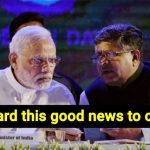 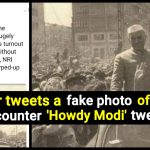