It was an intriguing U-19 Asia Cup final between India and Bangladesh. India batted first and were slumped to mediocre score of 106 as Bangladesh bowlers bowled really well to keep the Indians in check.

However, in reply, Indian bowlers started the game on a positive note. They needed a superhero, someone who could change the fortunes for the team in the need of the hour and then came the 18-year-old Atharva Ankolekar.

The left-arm orthodox spinner displayed calmness and maturity as he ripped through the defences of opposition batsmen to weave the magic by claiming a five-wicket haul to win the game for his side. A story that will have his beloved mother filled with emotions, and father smiling up above from the skies.

He is only 18, but Atharva has had a tough journey to where he is today. After being raised by mother, who works as a conductor with Brihanmumbai Electricity Supply and Transport (BEST) in Mumbai, he has written his own fairytale.

Atharva, who is studying commerce at a city college, has had to cope with huge setback early on in his life. He lost his father when he was only 10 years old. the man who inspired and motivated him to play cricket.

His mother, who was later given her husband’s job is the sole breadwinner of the family, then took the baton to keep motivating and helping Atharva realise his father’s dream.

The cricketer would have done his father proud with his sparkling performances throughout the Asia Cup. He claimed 12 wickets at an economy of 3.03, that also included a match-winning five-wicket haul in the nail-biting final. His incredible performance helped him earn the man of the match award.

He is only 18 years old and age is just a number in successful person’s story and Atharva well and truly wrote a new success story for himself by garnishing it with some incredible performances. He not only made his parents proud but the entire nation too. Atharva’s story is really inspiring! More power to you, Atharva Ankolekar. 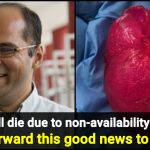