IAS officer transferred once again because of doing his duty sincerely

The country has seen so many brave IAS officers to date for the maintenance of law and order. Being in the thick of things only to bring a change in their respective cities is every IAS officer’s vision. But not all of their plans work out as it is entirely up to the government’s hands to grant approval.

For Ashok Khemka, duty and responsibility come ahead of anything else. However, according to him, his life as an IAS officer has been far from pleasing. Yes, you read it right. The IAS officer has an uncompromising attitude against illegal activities.

The man who has been doing his work honestly has been handed a transfer, which goes to show the crystal clear picture in India. In a shocking development, Ashok Khemka who is the principal secretary of the Science and Technology Department has been transferred to the Archives Department by the Haryana government.

It should be noted that it is his 53rd transfer within 28 years of service. He was already transferred last in March from the Sports and Youth Affairs Department, where he spent around 15 months.

He is still an inspiration to all upcoming civil servants..Every aspirant should learn from him.

How could a doctor receive the transfer letter for doing her job honestly? In a shameful incident, a doctor by the name of Veena Singh was transferred from her government hospital service just because that she didn’t reach out to a local MLA. Just imagine how pathetic the situation is in our country.

India Today reported that the incident happened in Karnataka on September 18 last year. Singh was on night duty and was looking after a woman in labour. She was the only doctor on duty from 4:30 pm onwards on that particular day.

The doctor, Veena Singh was actually busy that time as she was looking into some minor accident cases. The doctor was informed that around 8:30 pm a road accident happened wherein three persons had been badly injured. Knowing this is an emergency case, she had to prioritise this task.

While she was going through few patients in the labour room, she was notified by a nurse that an auto driver called and asked Singh to come to the MLA’s house as soon as he was unwell. The doctor even alleged that the auto driver was under the influence of alcohol and she told him to contact the Assistant Medical Officer over the phone. The MLA who was not well was identified as Mahadev from Janata Dal (Secular) party.

However, the driver didn’t talk to AMO on phone and left the place saying that the MLA shall come to the hospital himself. Then a bed had also been arranged to treat the MLA. What happened next was even more shocking.

Reportedly, the politician returned the next day at 7:30 am with as many as 20 to 25 followers including media. As the doctor tried to explain her situation, the man in question didn’t understand.

He even registered a complaint against her. However, the department director clearly explained that Veena Singh had done nothing wrong and refused to take any action against her. Regardless of all this, 4 months since this incident, Dr Veena Singh was shifted to a facility which is 500 km away in Chitradurga hospital.

“I was taken by surprise as this was very new to me and I was the only doctor in the hospital with patients in the labour room and causality. So, I called up our AMO [Assistant Medical Officer] Dr. Srinivas and informed him about the situation.” she wrote in a letter to the Karnataka Government Medical Officers Association (KGMOA).

In 2018, the Karnataka Government suspended Sub-Inspector when he reportedly refused to release seized vehicles involved in sand mining. The SI is identified as Srinivas who is said to be an honest officer in the state. Unfortunately, he was suspended for doing his duty sincerely?

As per media reports, SI Srinivas got a warning when he did not release seized vehicles indulged in ‘illegal sand mining. But when the officer denied, he was suspended with immediate effect. Does honesty have a place in Karnataka Government? Well, surely not! It is not good to see Politicians under Karnataka government using honest officials for personal benefits or other purposes.

BJP Karnataka Official Twitter handle’s caption reads, “The legacy of suppressing honest officers in the state continues under HD Kumaraswamy’s Government. SI Srinivas was forced to release seized vehicles involving in illegal sand mining, when he denied releasing he was suspended, clearly showing honesty doesn’t have a place in this government.”

B Sriramulu, who is the member of legislative assembly in Karnataka, took to Twitter to say, “Honesty is not the best policy.” Kumaraswamy’s govt has proved it by following a suspension of SI Srinivas, who allegedly denied to release seized vehicles involved in sand mining. Sadly he was suspended for delivering his duty honestly.” 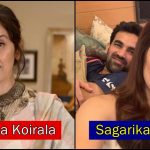 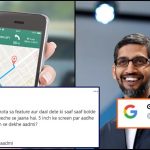