A year ago, Larry Page and Sergey Brin – the co-founders of Google and Alphabet world published a letter announcing that Google CEO Sundar Pichai will take charge as the new Alphabet CEO.

Sundar Pichai is the CEO of both Google and Alphabet and is executive responsible and accountable for operating Google, and managing the Alphabet’s investment in the portfolio of Other Bets.

As per Bloomberg, Pichai reportedly turned down the shares just because he felt his compensation was more than adequate. The exact amount which he turned down is not so clear, but it is estimated to be about $58 million.

Case in point, one of the users had asked Google to improve Maps. He took to Twitter and wrote: “Itne badhiya maps banaye, chota sa feature aur daal dete ki saaf saaf bolde flyover par chadhna hai ya neeche se jaana hai. 5 inch ke screen par aadhe milimetre ka deflection Kahan se dekhe aadmi? Yours Truly, 2km aage se U Turn leta hua aadmi.” (Dear Google, You made great maps, but there could have been a feature to users know whether to take the flyover or not. It is difficult to notice a small deflection of 0.5 millimetre on a 5-inch screen? Yours truly, the person who is taking a U-Turn after from 2kms ahead.)”

The sarcastically written tweet was retweeted over 22,000 times. Meanwhile, Google’s reply was also creative. Check out the tweet below: 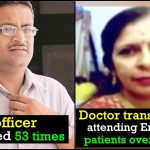 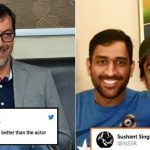