Most of the times, Pakistan has been really good when it comes to entertaining people all over the world. May what be the situation, people still find something funny in Pakistan’s approach for their low IQ and this time too, it was nothing new as Pakistan didn’t fail to give Twitterati its frequent dose of entertainment through its blunders.

Pakistan’s recent story on India’s significant decision to abrogate Article 370, has been getting better and better with every passing day.

Recently, Pakistan Senator Rehman Malik shocked the world by tagging the ‘UNO’ game instead of ‘United Nations’ in his Tweet launching a scathing attack on PM Modi and now the former Pakistan Envoy Abdul Basit has gone a step further to take entertainment to next level as he had asked the world to ‘pray for Johnny Sins’.

The former Pak Envoy took to his Twitter account to re-tweet an image of the adult movie star Johnny Sins claiming he is ‘Yousuf from Anantnag’ who has been blinded by a pellet.

For the unversed, Johnny Sins is a pornographic actor who received several nominations for numerous adult industry awards, including the AVN award for male performer of the year two times. He is consistently among the famous pornography searches. 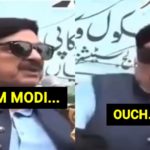 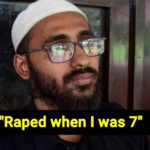