Priyanka Chopra has been hitting the headlines for all the controversial reasons. The global icon marked her presence at the Beautycon Festival Los Angeles 2019 on Saturday. It was when PeeCee started talking about ‘sisterhood’ and ‘women empowerment’ in order to make the event much more productive.

However, an attendee who heard all of this from PeeCee yelled at Priyanka Chopra. The woman was later recognised as a Pakistani woman.

She launched a scathing attack on United Nations Goodwill ambassador Chopra and her controversial tweet in March, where she had written, “Jai Hind (Long live India) #IndianArmedForces.”

She said: “You are United Nations Goodwill ambassador for peace and you are encouraging nuclear war in Pakistan. There is no way you are in this …As a Pakistani, millions of people, like, me, have supported you in your business.”

The ‘Quantico’ actress then said, ‘I hear you… Whenever you are done, I will speak. Are you done? Ok cool. So, I have many, many friends from Pakistan and I am from India.

War is not something I’m really fond of but I am patriotic, so I’m sorry if I hurt sentiments to people who do love me and have loved me. But I think that all of us have a sort of, a middle ground that we all have to walk. Just like you probably do as well. The way that you came at me right now, girl, don’t yell. We’re all here for love. Don’t embarrass yourself.”

Priyanka Chopra also spoke about how women in the society should learn to stand for each other and break the norm that there are ‘catfights’ when they work together.

She gave a brief explanation about it. She said: “I’ve had so many times where I’m doing interviews and people always ask me, ‘You’re doing a movie with a female actor. Did you guys get along? Were there catfights?’ But when it comes to boys, they say, ‘Oh, my gosh. That’s a bromance, and everyone works so well’.

I feel like, over time, because women had a lack of opportunities, we were pitted against each other. Because there were only five places a woman could be hired and so we were elbowing each other out to get to that one spot.” 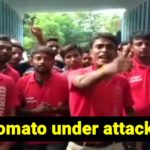 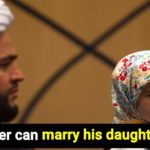