Even at the age of 47, Bhavana Tokekar gave absolutely everything to make India proud. Yes, age is just a number and she proved it.

She is also a mother of two teenagers and little did anyone know she would go on to win four gold medals at the Asian Powerlifting Championships of AWPC/WPC at Chelyabinsk in Russia.

Usually, the ones who want to become an athlete to represent the country tend to train at a young age so as to grow from strength to strength but in Bhavna’s case, it is nothing like that. It was just six years ago when she was 41 years old, she had an interest in powerlifting and now her achievement sounds really great.

She started working out in the gym so as to reduce the side effects of medicine she took for skin inflammation. It was only after coming across the benefits of weight lifting in increasing her body strength, she developed an interest. The entire process was not so easy. She first started watching weight lifting videos on YouTube, and then started to experiment much about it.

She then wanted to represent India at the international powerlifting events and thankfully, she was called up for trails to Bangalore. She was super impressive in the trials and was selected for Masters2 category (40-45 age group).

In Russia, she competed with 500 players in U67.5 Masters2 Category and bagged Gold medal in full powerlifting raw and bench. 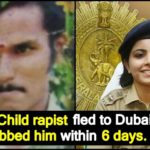