Film and TV actor Alok Nath has lodged a civil defamation case against TV producer Vinta Nanda. In addition to that, he has also demanded a written apology and compensation of 1 rupee as reported by ANI. Vinta Nanda has accused Alok Nath of raping her.

Last week, in a social media post, Nanda accused Nath of spiking her drink (added alcohol or drugs to your drink without you knowing) and raping her 19 years ago. She took to her Facebook account and wrote that she was invited to a party to Alok’s house where she felt unusual after drinking. She even went on to explain that this incident took place when Alok’s wife and her best friend were out of town.

“I was invited to a party to this man’s house, his wife, my best friend was out of town. As the evening flowed, my drinks were mixed and I began to feel strange. Then at around 2am, I left his house.”

She also wrote, “I started to walk home on the empty streets although the distance to my own house was long. Midway I was accosted by this man who was driving his own car and he asked me to sit in it and said he would drop me home. I trusted him and sat in his car.

I have faint memory after that. I can remember more liquor being poured into my mouth and I remember being violated endlessly. When I woke up the next afternoon, I was in pain. I hadn’t just been raped, I was taken to my own house and had been brutalised. I couldn’t get up for my bed.”

Previously, in his reply to the allegations, Nath had said, “Neither I am denying this nor do I would agree with it. It (rape) must have happened, but someone else would have done it.” Shockingly, other than Nanda, actress Sandhya Mridul has also shared her account of being sexually harassed by Alok Nath. 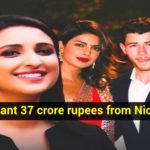