Kollam Police Commissioner Merin Joseph IPS and her team jetted off to Riyadh in Saudi Arabia on Sunday. Merin was not so sure of the procedures that would follow once she landed in Riyadh, but she was pretty much sure that she would return to India with suspect Sunil Kumar Bhadran (38), a man who was in most-wanted list in a child rape case.

A native of Kollam, Sunil Kumar was a tile worker in Saudi Arabia. In 2017, while he was taking leave in Kerala and it was when he sexually assaulted his friend’s niece for three months.

The 13-year-old girl from scheduled caste community was desolated and then she finally revealed her terrible experience to her family. By the time the police issued a lookout notice, Sunil feld to Saudi Arabia. The girl was then later moved to Government Mahila Mandiram rescue home at Karicode in Kollam district. Nonetheless, she killed herself in June 2017. Before this incident, the victim’s paternal uncle who introduced Sunil Kumar to the family also committed suicide.

Merin, who was given the responsibility to take full charge as the Kollam Commissioner in June 2019 reviewed all pending cases, with a great emphasis on cases related to women and children.

“I found this case and got to know that this man was absconding for almost two years. This was a case that had impacted public conscience and people were outraged at the crime. The International Investigation Agency of the Kerala police had been following up with Saudi police, we just strengthened these efforts,” she explains.

Though an Interpol notice had been issued for Sunil Kumar in 2017, the case had never progressed. Many cases don’t progress though Interpol notices are issued, as it required continuous follow-up and co-operation from the other country involved.

In the year 2010, the then Prime Minister Manmohan Singh and Saudi King Abdulla signed the India- Saudi extradition treaty. Despite many Keralites who were wanted in cases in the state having jetted off to Saudi, no extradition has happened so far. It was just a few days ago, the Kerala police was notified that Saudi police had Sunil in custody. Though most IPS officers would have sent junior officers in order to secure the man, Merin Joseph chose to go herself.

“This was the first time that we would be doing such an extradition. I wanted to learn how it works so that I could, in turn, share the knowledge with my team. There was a lot of paperwork, it involved the CBI and the Interpol too.

We also had to make documents to bring him back. This is why I decided to go. I am also passionate about cases involving women and children, and this was a man I believed should be brought back to face trial,” she told news agency TNM.

Sunil Kumar Bhadran has now become the first one be extradited for a crime committed in Kerala. 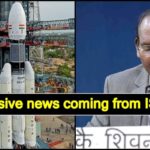