During the 2019 general elections in Andhra Pradesh, almost all expected Congress and BJP to fail considering the fact that it was an obvious competition only between TDP and TSRCP. Shockingly, nobody expected them to do this worse in the state.

Going by the numners, NOTA (‘None of the above’) category received more votes than the two national parties (BJP and Congress) in both the Lok Sabha and assembly election this time around.

(With inputs from Times Of India) 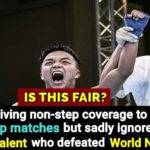 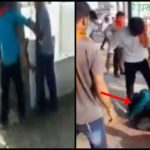