In a shocking incident, a third-year college student was thrashed and physically intimidated by Congress workers on Wednesday at the venue of Priyanka Gandhi Vadra’s event in Varanasi. The college student by the name of Aparna Vishwakarma was surrounded by the Congress workers as she was wearing a ‘NaMo Again’ t-shirt and speaking to the reporters at Assi Ghat.

According to the video, Aparna wearing NaMo Again t-shirt is being interviewed by Republic TV’s reporter. As she shares her own views, Congress workers come forward in numbers to secretly listen to her conversation and then she expressed that she is a big fan of Prime Minister Narendra Modi.

Soon after that, they start to intervene in the interview. As tensions escalate in the process, the Congress numbers start to get much louder. Finally, they start raising slogans and arguing with her for sharing her views. Then things got completely out of control as the college student was surrounded by the Congress workers, which immediately required police personnel to take her to the safe zone.

This shameful incident has come to light only a day after the crackdown by the Karnataka cops a certain group of people who raised slogans in support of PM Modi outside the venue of the Congress’ event in Bengaluru where party chief Rahul Gandhi was making an address.

That incident happened on Monday after scores of supporters raising “Modi, Modi” slogans after which policemen can be seen chasing away the people at the Manyata Tech Park. Condemning the attack, BJP President Amit Shah hit out at the Congress after the party’s government in Karnataka that took action against PM Modi’s supporters. Amit Shah responded to the video of the incident, bashing the party and claiming duplicity by the Congress on political freedom.

Where are the champions of ‘Free Speech’?

Stop intimidating youth of India, which has rejected your brand of politics. https://t.co/AXqeyihKJy 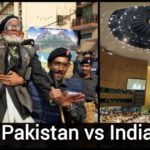 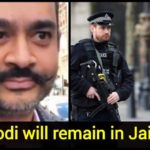