Life gives us an opportunity every day. In fact, each day is a new day for us. We can make it or either break it and that is left for us to decide. This is the story of a child prodigy by the name of Niall Thoguluva who set an example that the process of betterment can start even at a young age itself.

Hailing from Chennai, the eight-year-old boy, Niall Thoguluva can read and write as many as 106 languages and can speak ten of them with ease. Can you guess how? Niall made use of the internet and YouTube to better effect because of which he learned numerous languages, and is now getting a lot of thoroughly deserved attention for having accomplished the feat.

He has also learned the International Phonetic Alphabet (IPA), which is a universal way to transcribe the sound of any spoken language to know its pronunciation.

He also added, “I do not know how my interest in languages began. I can read and write over 106 languages and can fluently speak 10 languages. I am currently learning five new languages.”

Interestingly, this bright prospect is also teaching pronunciation skills to his parents.

Niall Thoguluva’s father named Shankar Narayanan is more than just surprised by his son’s proficiency for mastering a hundred languages at such a tender age.

Mr Narayanan said, “Last year, he started developing an interest for new languages and from there he took a great leap. Making use of the internet, he started learning one language after another.” 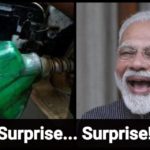 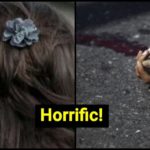