In yet another crime that shocked the nation, an 8-year-old girl was allegedly kidnapped, raped and murdered by two men in Nawada district in Bihar. Police have now detained two accused.

The girl was kidnapped from her home when she was sleeping with her family. It was her uncle who noticed that she was missing. Soon after that, he lodged the complaint.

The local Bhim army had caught one suspect who told where they dumped the dead body of the victim and he also disclosed the identity of the second suspect as well. The Bhim army then handed over the culprit to the police.

The HT reported that the accused informed police during investigation that they were “highly under the influence of alcohol when they abducted, raped and strangulated the girl to death”.

The names of the two culprits are identified as Sonu Kumar and Gorelal Rajvanshi. The rape was confirmed following post-mortem

“We have registered an offence of rape with murder and also added sections of the Protection of children from sexual offences Act (POCSO),” SDPO Vijay Kumar Jha added. 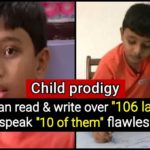 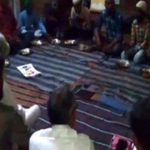