Connecting people online is quite easy nowadays and all that one requires is a decent internet connection. Well, there are online platforms like Facebook, Whatsapp, Skype which lets you communicate with others and while doing so, people get to know others and their culture.

In the process, they earn trust and make new friends and some don’t even hesitate to take the relationship to the next step as they start loving each other and plan to get married.

But ever since the inception of PUBG, a popular game across the world, the story has totally changed. As they say, love is in the air, couples are saying a big thanks to PUBG because they are getting married after having found their perfect life partner.

On the contrary, there have been negatives too. A 19-year-old girl from Gujarat, like many others, started to play the game and also got addicted to it. At one time, she stumbled upon a boy who was her game partner.

She observed that the boy played the flawlessly and managed to dominate opponents with ease. Impressed by his style of play, the girl started to get in touch with him daily by playing PUBG.

It was only last year that she got married to a rich man and even has a child. But she sought for divorce with the man so much so that she would start living a new life with her PUBG partner but she did not get it.

She even approached women helpline and explained her problem. Upon investigation, it was learnt that there was no domestic violence. 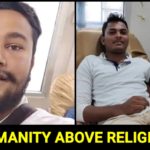 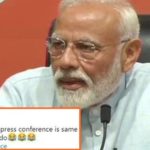