Humanity is beyond anything else in this world and it was proved by Mohammad Khalid who donated blood to a hospitalised patient as the latter was in desperate need of a rare blood type. Mohammad Khalid won millions of hearts on Thursday after he broke his fast (Roza) only to give new life to a patient.

The 31-year-old generous man who plies his trade as tyre puncture repairer, rushed to donate blood at the blood bank of Maharao Bhim Singh Hospital in Kota despite the fact that he was observing the Ramzan fast, after he got an emergency call from a voluntary blood donors group, seeking his rare A negative (A-) blood type, to save the life of Rajendra Sharma, a 48-year-old who required blood as he met with a road accident from Bundi.

“Saving life of a human being is bigger than observing Roza or pursuing religious rituals, so I broke my fast and donated blood for the patient”, said Khalid emphasising that such gestures would send good message of communal harmony in society.

“I did not know the religion of the injured patient when I got a call for blood donation,” said Khalid. “It is a matter of pride that God has made me a giver,” he added.

“Rajendra had a rare A negative (A-) blood group, and our search finally ended with Khalid”, said Bhuvnesh Gupta, a social activist and a team member of Jeevandata group that got in touch with Khalid.

“Khalid had donated blood on 10 other occasions in the past,” said Bhuvnesh Gupta. 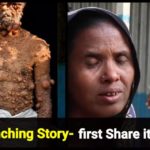 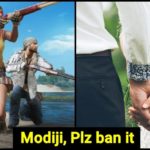