A senior priest in Hampi, K N Krishna Bhat does something extraordinary and unthinkable on a daily basis. The 86-year-old worships Shivalinga and has been the priest at the Badavi Linga temple in the world famous Hampi heritage site for decades. For him, performing daily puja is a bit of an adventure and a great sense of accomplishment.

He applies bhasma (vibhooti) and vermilion to the three-metre tall idol every day. “There is no other way to worship the Shivalinga, without stepping upon it. You cannot say that this amounts to sacrilege. It is about commitment and devotion. You cannot even use a ladder or any support in the water-filled temple,” says Shiv Bhat, a senior priest at Virupaksha temple explains how he manages to do puja.

The temple holds a strong history. It is located in the course of the Thurtha canal built by the Raya dynasty of Vijayanagara. It gives a unique background to Bhat’s puja.

The temple is a centre of attraction which draws a crowd- both devotees and photographers. There is a belief that the if coins thrown at the Shivalinga come to rest on the structure without falling into the water below, then the prayers of the devotee will be answered.

Well, no devotee enters the temple. When they seek blessings of the Lord, the priest picks up the water from the temple and then sprinkles on them. The priesthood journey of Bhat started 40 years ago when he arrived at Hampi from a tiny village in Tirthahalli taluk in Shivamogga district to work as a priest at Satyanarayana temple. Later, he was recruited to the Badavi Linga temple by descendants of the Anegundi royal family.

Bhat, who prepares for puja in the early morning, waits for a random person to drop him to the holy place and locals like Ram Singh, Arif and Arif’s father Abbas help him post lunch. Even at the age of 86, Bhat does not fail to do his duty. He stays at the temple until evening.

After reaching the temple, he starts working immediately. Some locals say he came here 50 years ago and has been worshipping his idol Shivalinga for the last three decades.

The temple is known to be built in the 15th century by a peasant woman and so is the name ‘Badavi Linga’.

Krishnadeva Raya who is a descendant of Anegundi Vijayanagara royal family says, “Worshipping of the deity began in the early eighties when Paramacharya from Kanchipuram who visited Hampi told my father Achyuta Devaraya to set aside some rice and a sum of money for the priest every month so that he will regularly worship the Shivalinga… It has been followed since then. We pay the priest once in six months. I met him (Bhat) on Mahashivaratri day and paid him.” 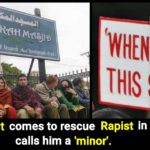