Kayla (17) from Greenville, South Carolina started dating Seth Aaron Fleury three years ago and Seth was 21 years old. A year later, Carolina made up her mind and broke up with Seth as she learnt that Seth was not the right guy to be in an affair

She narrated that her ex-boyfriend used to treat her like property. Guess what happened to Carolina after the break-up? Seth did something strange that you’ll find it really hard to take it.

Just a few weeks after the breakup, Kayla went to meet her ex so that he could correct his woes but rather than coming to terms, Seth turned violent and treated her harshly. The latter tried to kiss her and she defended herself by pushing him back but in the process, he bite her bottom lip so ruthlessly that it almost split off.

Kayla also told that she went to meet her ex-boyfriend as he requested. He bought some flowers and cards for Kayla. After reading it, Seth asked if she has any word to say something but Kayla was very much particular about her approach as she didn’t come here to get back with him.

Hearing this, he threw the flowers and gifts on her and asked her to get out. It was when he went up to her and tried to kiss her. She then pushed him away but he bite lip really hard and tore off her lip apart.

She was badly injured and had to undergo major emergency surgery after the attack. As per the reports she got about 300 stitches.

Kayla is now 19 years old and although she says that she is upset about the incident when his ex-boyfriend forcefully bite off her lip and a part of her died she turned into a stronger person now after all that she had been through.

The wrongdoer Seth was sentenced to 12 years of imprisonment for his act. Kayla also added that Seth told her that he did it on purpose so that he could leave his mark on her for her next boyfriend. How cruel is Seth?

Luckily, Kayla found her true love in Blake, a caring friend who was with her since she was in the hospital in the wake of the attack. Kayla also explained about how Blake kept her happy by giving compliments. “He is amazing, he would hold me even when I was covered in stitches and told me I was beautiful.

He picked up the broken pieces. He played a humongous part in my recovery and picked me up on my hardest days. He showed me that not all guys are like my ex and that there are good people out there.” 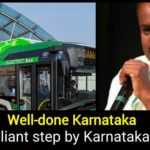 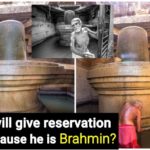