Indian actor Prakash Raj hogged the limelight when he filed a nomination as an ‘independent candidate’ for Lok Sabha elections 2019. He filed his nomination from Bengaluru Central constituency accompanied by scores of supporters fans and media persons.

The 53-year-old Prakash Raj established his campaign officially back in January and has been carrying out padyatras, walking tours and also small meetings with groups of constituents to know his territory well.

When asked whether it was risky to contest as an Independent candidate, Prakash Raj in an interview with Indian Express, “There is nothing risky in a democracy. We are in a denial mode. These two parties (the BJP and the Congress) have created so much disillusionment among the people. Enough of the tamasha. They don’t have a clear vision. I think we need the citizens’ voice in Parliament to ensure the problems of the common man are heard.”

When asked if he can be able to bring changes in today’s world if he wins, he said, “It is a trap that the national parties have sprung. What has the majority done? Every candidate is representing their constituency. They later come together in consensus to become the ruling combine or the Opposition.

Is there an MP that will ensure that every decision taken is in favour of the people? We need to remove the country from the clutches of national parties. Education, health and farming cannot be a state subject anymore. We need voices that are independent of parties and polarisation.”

When asked about his ideology in politics, he said: “Both Congress and BJP are not secular. Where there is barely any development, the ideology doesn’t matter. Being secular is not being with the minority, it’s to be with everyone.” Prakash Raj had earlier said, “National parties like BJP and Congress have failed the people. I would like to be the voice of the people.”

I want me to win. I want Pawan Kalyan to win. We need new leaders and then we need to test the waters. There is KCR, I look up to him. Irrespective of what people say he is not BJP’s B team. I know him very well and the kind of work he is doing in Telangana, I salute him,” he said. 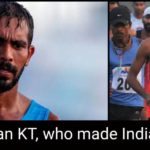 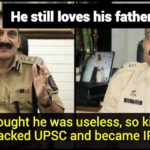