Olympic qualification for walk events and marathon started from January 1 this year and will continue till May 31, 2020. As far as the remaining athletics event is concerned, it will start from May 1 this year. By far, no other Indian athlete has managed to qualify for the Tokyo event.

Digging a bit deep about Irfan, it will be his second ever Olympics appearance as previously in 2018, he was suspended from the Commonwealth Games along with Rakesh Babu for breaching the’no needle’ policy in the wake of the discovery of a syringe by a cleaner in their room in Gold Coast. 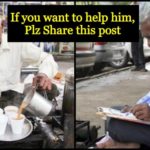