Donald Trump termed former Miss Universe as Miss Piggy. When one of the fans had suggested that Barkha Dutt should think about interviewing Sushmita Sen about Donald Trump, Sushmita Sen quickly intervened and gave a sharp reply to Donald Trump’s body-shaming comment. She said “When INDIA won MU, Paramount Communications-owned the pageant not Trump. THANKGOD!! besides, you should know me better!”

Sonakshi Sinha often gave fitting replies to body shamers. When asked about the problem of body shaming in the media, she replied, “It’s absolutely shameful. Today if anybody has been targeted for being a certain way, it’s me. But I don’t let it get to me. I know what is more important is that I project a healthy body image for girls who look up to me. Tomorrow if I become skinny, what’s the point? I won’t be able to work well.

Today, many people ask me what triggered the weight loss, did I give into the “Bollywood pressure”? To that I say – Thank God I became an actor and had that pressure! I can achieve what I couldn’t achieve otherwise. I feel confident, I feel at peace, and I feel proud! Girls and women meet me all around the world, at airports, events, on the street; they hold my hand, hug me, and tell me their struggles and how I changed their lives.”

After Aishwarya Rai gained some kilos due to her pregnancy, she was hit by body shaming remarks. She didn’t speak on it but her husband Abhishek Bachchan came out in support of his wife.

Sonam Kapoor was on the receiving end of trolls for her bold comments of late. Though she lost a lot of weight earlier, she still faces the issues about body shaming. Replying to body shaming trolls, she said: “Aspire to confidence. Aspire to feeling pretty and carefree and happy, without needing to look any specific way”

Bollywood actress Vidya Balan made an offensive comment towards the public when she was told to start exercising and to lose weight. She got annoyed and suddenly vent out frustration towards some people by saying ‘f*ck you’. 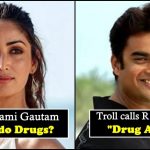 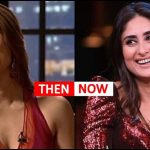