Ever since the drug scandal became the talking point in the country, movie actors have been on the receiving end of trolls and abuses. After the alleged d#ug chats of the three female actors hit the headlines, netizens lost respect for Bollywood celebrities because none of them supported Sushant Singh Rajput’s family in this crisis.

Meanwhile, if reports doing the rounds are to be believed, then other prominent members of the movie industry also came into the limelight after the investigation. Netizens lost all the respect they had for Bollywood celebrities as they took to their respective social media hands to chip in with opinions on the matter.

Lately, a fan of Yami Gautam took to Twitter to ask the actress if she consumes ‘drugs’. It all started when the actress took to her Twitter handle and decided to throw an interactive ‘Ask Me Anything’ session on Twitter.

The tweet went viral in no time and the fans asked questions about her personal and professional life. Among the tweets, one of the users asked her “if she consumes drugs”. “#AskYG @yamigautam do you do drugs? I know it is very stupid to ask this question on open platform, but if you do it will be heartbreak for me! Say no for your fans sake,” a Twitter user wrote.

Meanwhile, Yami came across the tweet and came up with a perfect reply. She wrote: “No, I don’t! Strictly against it! Say no to drugs”.

At a time when Narcotics Control Bureau is initiating a probe on several Bollywood celebrities for alleged d#ug links, Abhishek Bachchan gave a perfect reply to a troll asking him if he possesses a ‘hash’.

A Twitter user by the name of Shivani Sharma (@shivani867) wrote: “Hash Hai Kya?”. To this, actor Abhishek Bachchan tagged the official account of Mumbai Police and replied: “No! Sorry. Don’t do that. But will be very happy to help you and introduce you to @MumbaiPolice am sure they, will be very happy to learn of your requirements and will assist you. 🙏🏽🚨🚓,” Abhishek Bachchan wrote.

Madhavan Shuts Down Troll Who Calls Him Addicted To Substances

Madhavan is a famous actor in the Tamil industry and is popularly called as ‘Chocolate Boy’ or ‘Maddy’. Besides creating a big impact in Tamil movies, he has done some good movies in Bollywood too. He featured in ‘3 Idiots’, which became a sensational hit at the box office. 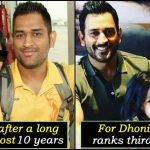 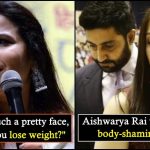