A video of Pakistani pacer Shoaib Akhtar went viral on social media in which he had claimed that his teammate Danish Kaneria had faced discrimination just because he is Hindu. He said that Pakistani cricketers refused to eat food with him. Kaneria had faced harassment for being Hindu during his cricket days.

Shoaib Akhtar has once again exposed the plight of Hindu’s in Pakistan. Akhtar added that former Pakistani cricket star Yousuf Youhana was forcefully converted to Islam.

After the video went viral, Former Pakistani leg-spinner Danish Kaneria on Tuesday thanked Pakistan pacer, Shoaib Akhtar, for his confession regarding the treatment Kaneria had faced during his career. Kaneria said that whatever Akhtar said was true and he is very thankful to him for taking such a brave stand.

“I am very thankful to Shoaib Akhtar bhai for his remarks. Whatever he said was true. I have never said anything to him although he came for my support,” Kaneria told ANI.

The 39-year-old Kaneria is the second Hindu to have played for Pakistan. The spinner has played 61 Tests for Pakistan and took 261 Test wickets. Player, who also played 18 ODIs, stated that he could never muster up the courage to oppose discrimination but after Akhtar’s statement, he will soon name players who have issues with him during his cricketing days.

Kaneria went on to say, players like Younis Khan, Inzamam-ul-Haq, Mohammad Yousuf, and Akhtar have been very nice to him irrespective of his religion.

former cricketer Shoaib Akhtar, who has played all formats of the game. Akhtar played 46 Test matches for Pakistan in which he bagged 178 wickets, while in 163 ODIs he had taken 247. Due to the world’s fastest bowler, he was always given a chance in all formats of the game. He also played 15 T20I in which he took 19 wickets. He was given the title “Rawalpindi Express” as he was the fastest bowler in the world.

Sushant death case will not be handed over to CBI: Maharashtra Home Minister Anil Deshmukh 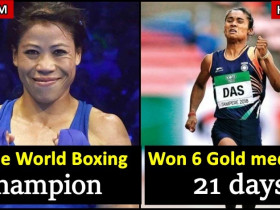 However, baseball is beginning to return to its power slowly and surely and we will dive into exactly why