The forthcoming Lok Sabha elections are less than 2 weeks away, with the first phase to start on April 11 and polls will be conducted across the nation till May 19 and counting of the votes is slated to take place on May 23. The results will likely to be declared on the same day itself.

According to his big promises collected from his previous videos, Rahul Gandhi said Congress party can give Rs 72,000 PER YEAR to the 20 per cent poorest families of the nation and in another video he was heard saying “Every month Rs 72,000 Congress party will give” and in one more video, Mr Gandhi said, “Congress party every year Rs 72,000 crore will put in banks.”

Not just that he has promised to conduct a surgical strike on poverty and highlighted that his party had been working really hard on how to eliminate it for the last six months.

However, in an interesting turn of events, Rahul Gandhi has made yet another big promise. He said that he is ready to credit 72,000 rupees to all the Indians across the nation even if not voted to power. “Even if you don’t vote me, I will credit the money to your bank accounts and this is my promise. Trust me guys, this time we can transform India and make it World No.1,” quotes the party chief.

(Disclaimer: Hang on! The article you read above was a piece of ‘April Fool’ from The Youth team. Congress President Rahul Gandhi hasn’t made any such promises) 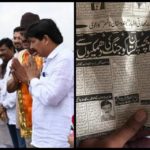 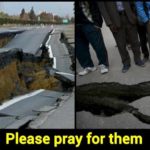