Baluchistan activist Karima Baloch who fled Pakistan in 2016 to become a refugee in Canada, was found dead in Toronto. Toronto police found her body off an island Harbourfront near lake Ontario, Toronto. The Police had requested public assistance program to locate her after she went missing on Sunday around 3 pm. Karima Baloch’s husband, Hammal Haider, and brother were asked to identify her body however the cause of her death is still unknown.

Karima Baloch and her activism in Baluchistan

Karima Baloch in her earlier days had pioneered as the first female chairperson of a student body, the Baloch Students Organization (Azad) that advocated for the students of her region and Baluchistan’s complete independence from Pakistan. She became the leader of her party in 2014 after the organization’s leader Zahid Baloch was allegedly taken captive.

Karima Baloch has often spoken about the Pakistan Army and government atrocities in Baluchistan and was dubbed as a ‘local hero’. The Pakistani government prohibited her student organization on March 15, 2013, after declaring BSO a terrorist organization. Karima escaped from Pakistan in 2016, after terrorism charges were filed upon her, and took refuge in Canada.

Karima Baloch claimed she escaped a Pakistani military attack and went underground for nearly a year before escaping the country. In May 2019, Karima Baloch had accused Pakistan of taking away the resources and eliminating the people of Baluchistan. She had also presented the various challenges about Baluchistan in the United Nations sessions in Switzerland.

Karima Baloch was named one of the world’s 100 most “inspirational and influential” women by the BBC. Witnessing the tragedy, the spokesperson of the Baloch National Movement said, “With the death of Banuk Karima, we have lost a visionary leader and a national symbol. Compensation for this great loss is impossible for centuries,”. The Baloch National Movement has declared 40 days of mourning for Karima Baloch. 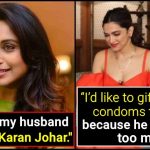 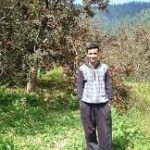