The people across the nation strongly believe that it was Pakistan-backed terror outfit Jaish-e-Mohammed (JeM) that eliminated as many as 44 CRPF paramilitary troopers in Jammu and Kashmir’s Pulwama district but after Senior Samajwadi Party leader Ram Gopal Yadav’s shocking remark which came to light on Thursday, Pakistan may misuse the statement given by an Indian leader.

Ram Gopal Yadav accused Prime Minister Narendra Modi of conducting the Pulwama terror attack for the sake of votes. He highlighted that the Modi government planned the entire scheme of things and “killed” CRPF personnel only to serve its political interests.

The Samajwadi Party leader’s remark cited Pulwama terror attack in Jammu and Kashmir where CRPF jawans were killed in a suicide attack on February 14.

He also said that he will not talk any further about this. “Jab sarkar badlegi, iski jaanch hogi. Tab bade bade log phasenge (Once there is a new government, we will get this investigated. Many big names will come out).”

He said Ram Gopal Yadav’s statement is “a big example of dirty politics”. “He has questioned the sacrifices made by CRPF paramilitary troopers. He must apologise for this remark that can weaken the morale of jawans.” 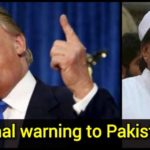 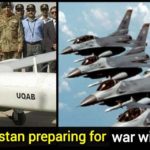