India is experiencing critical water shortage at the moment and this is because there were no good rain spells in the previous years. But, nature can surprise us in many ways. The hydrological cycle ensures that there is an abundant quantity of water present in the earth’s atmosphere by means of water vapour anywhere on the earth.

Using this small idea, a 22-year-old Indian engineering student has taken his innovation to a whole new level. He thought that there are possibilities to harvest this water despite where you are. So, he built a small and potable device to make a ground-breaking invention.

The mastermind by the name of Jawwad Patel invented a 3D printed device and named it ‘Dewdrop’. The speciality of the device is that it can convert atmospheric moisture into potable drinking water and this makes lives much easier for humans.

In fact, it is just a bottle which just fills and refills itself on its own. Talking about the process, Dewdrop device sucks air using a fan after which, it filters dust and then condenses moisture using Thomson and Peltier effect and then it mineralizes water and finally stores it for drinking purpose.

Dewdrop is 900g and we can carry it anywhere with such ease. The innovative device is powered by a 12V 6000 mAh Li-ion battery which can generate about 1.86l/hr of potable drinking water. Jawwad added that it can generate at least 1.2l/hr in desert-like places.

He also devised the interface to control the operation of Dewdrop which includes sensors which detect the presence of humidity, temperature and other factors.

Jawwad is not stopping anytime soon. He is busy working on the advanced version of the product as he is planning to implement a solar cell to power it so much so that it provides the person with a choice of hot or cold water to his needs.

The need for such a significant device struck him when he once visited Latur, a small town in Marathwada region of Maharashtra where people were surviving without water. His innovative device helps people who trek in mountains, camp in deserts and forests, fish in the sea and work in mines or remote areas.

Besides Dewdrop device, this Hyderabad-based Jawwad Patel has many other super cool innovations to his name. Some of them are smart lock, smart helmet, smart irrigation system, solar car and a quadcopter. All these innovations can be checked out in his site Jawwad Patel Lab. 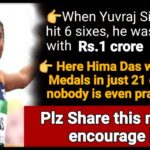 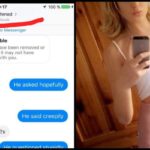