In breaking news, the Indian Air Force (IAF) deftly shot down an Unmanned Aerial Vehicle that was detected in radar over the Indo-Pak International Border in Rajasthan. According to top defence sources, unidentified aircraft which resembled more like a drone breached Indian airspace today morning.

After detecting the object, the Indian Air Force fighter jets quickly responded by shooting down the UAV with air-to-air missiles and as a result, those broken pieces landed near Fort Abbas in Pakistan. As per the reports, Indian Air Force radars detected the drone’s presence in Indian airspace at around 11:30 today morning.

In an interesting turn of events, moments before the news of Indian Air Force shot drone, Pakistani Twitter published reports that Indian Air Force conducted one more airstrike, this time across the Rajasthan border. Several other Twitter handles tweeted pictures of a broken metal piece, saying that it is the debris of bombs that IAF warplanes had dropped in Fort Abbas in Pakistan’s Punjab.

The Border Security Force also confirmed that two blasts happened at 11:30 on the Pakistani side at the Gharsana border in Sriganganagar, but no parts of the UAV drone has fallen on the Indian side. While some part of remains fell near Pakistan, reports in Pakistani media totally denied it in a face-saving situation.

The truth is that Sukhoi 30MKI fighter jet shot down the drone at Bikaner Nal sector area after it was detected by Indian Air Defence radars and debris had fallen on the other side, as per ANI agency. 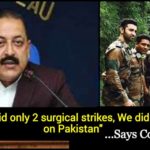 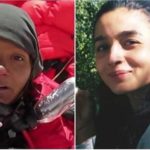