No less than 44 CRPF paramilitary troopers lost their lives when a 20-year-old youth suicide bomber rammed a vehicle carrying over 350 kg of explosives into a CRPF convoy of 70 vehicles in Jammu and Kashmir’s Pulwama district, in what was the deadliest attack in the last 3 decades.

As the families of martyrs incurred huge losses, the citizens, celebrities and other important leaders are stepping forward to raising money for them. Virender Sehwag promised to take care of the educational expenses of children of Jawans in his international school while Vijender Singh donated one-month salary to martyrs.

On the dark side, fake donation links are now being circulated on social media. In a string of pictures posted, a Twitter user claimed that forward messages are coming by the name of Akshay Kumar’s name to ensure that citizens give money for the families of the martyred soldiers.

The Twitter user went on to tag PMO to check the authenticity of such messages using the Pulwama incident as a trick to generate income.

The FAKE message states that the Narendra Modi government has now launched a new scheme ‘exclusively’ for battle casualties as well as weapon purchase. They also falsely state that the fund was launched by Bollywood actor Akshay Kumar’s initiative.

Dear @PMOIndia, such messages with an account number for donation are viral on #WhatsApp. I don’t know whether these are real accounts or Fake Loot Accounts. Please check it’s credibility, & if It is false account please take necessary action.
#StandWithForces

Dear @PMOIndia , such messages with account number for donation are viral on #WhatsApp. I don't know whether these are real accounts or Fake Loot Accounts. Please check it's credibility, & if It is false account please take necessary action.#StandWithForces#IndiaWantsRevenge pic.twitter.com/gRVEYqf2O4

In case if you are still receiving such messages, then make sure to post it on social media platform to check it’s veracity.

So the most genuine way to contribute money is through the government portal named “Bharat Ke Veer”. Apart from that, there is also another option like you may also use Paytm website or app and locate the CRPF Wives Welfare Association and then pay the amount you want to.

Shame on people who play such cheap tricks to Collect payment in the name of Brave Jawans who lost their lives. Please don’t cheat! We need ‘Unity and Honesty’ To Win against our enemy nation. 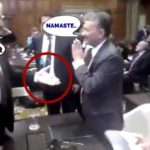 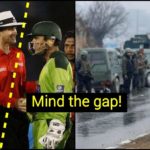