It has been said that before the hearing in the Kulbhushan Jadhav case, the Pakistani official reached out to Mittal to shake his hand but Mittal refused to shake hands as he responded him with a ‘Namaste’ gesture. The moment when this happened, photographers captured the picture and released it on social media, which is now the most-talked subject in India and Pakistan.

Previously, during the first hearing in Jadhav case in The Hague, Netherlands, Mittal opted for a similar gesture to greet Pakistan’s Syed Faraz Hussain Zaidi. So no more customary handshakes between them?

It has been said that Ghazi was a Pakistani national and the mastermind behind the Pulwama attack. Ghazi, who was an Afghan war veteran and an IED specialist, was the one who trained the 20-year-old youth identified as Adil Dar, the terrorist from Pulwama who rammed the explosive-laden vehicle into the CRPF convoy on February 14. 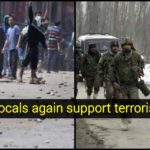 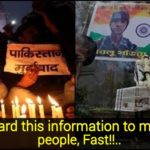