Despite suffering from cancer and not taking bed rest, Goa Chief Minister Manohar Parrikar presented the state’s budget today. As you can see in the picture below, Manohar looks terribly feeble with a tube inserted into his nose.

“Today, once again I promise that I will serve Goa with sincerity, integrity, and dedication until my last breath,” Parrikar added in the Goa assembly. “There is a josh, that is too high and I’m fully in hosh.”

Ever since his arrival, he has been actively involved in his state’s administration works. The Opposition Congress raised questions whether Parrikar can productively govern the state, given the bad condition of his health.

However, Manohar Parrikar presented the Goa budget in the state assembly, while sitting in his chair with a nasogastric tube inserted through his nose.

Post that, he targetted Congress chief Rahul Gandhi over the ‘Rafale controversy’.

Rahul Gandhi called on Manohar Parrikar in Goa on Tuesday. Later in the day, Rahul Gandhi told Congress workers: Parrikar had said that he had nothing to do with the ‘new (Rafale) deal’ that was “set up by Prime Minister Narendra Modi in a bid to benefit Anil Ambani”.

Today, Manohar Parrikar wrote to Rahul Gandhi blaming him of using his visit for “petty political gains”. “In the five minutes you spent with me, neither did you mention anything about Rafale, now did we discuss anything related to it,” Parrikar wrote.

This isn’t the first time that Manohar Parrikar kept his health aside and considered his work as his ‘first priority; as even before he inspected an under-construction bridge on Mandovi River. He then inspected the work of a bridge over Zuari River near Agassaim village, near the capital.

(With inputs from IndiaToday) 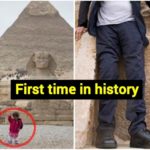 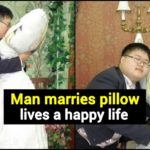