Daughters are equally brave and supportive. A 19-year-old girl, hailing from Kolkata set an example of sacrifice by donating 65% of her liver to her father without even caring about herself. She donated just because she loves her father to the core. This is enough to say ‘Daughters are priceless’.

Rakhi Dutta’s father had been diagnosed with a serious liver problem and was in a critical situation battling for life. Here came the daughter who had taken all efforts to get her father treated in the best way.

Nonetheless, many doctors tried treating her father and failed and then Rakhi and her sister took their father to AIG hospital. It was when Rakhi made a brave decision in life and not many people would take. Rakhi made up her mind to donate 65% of her liver to her father as a ‘liver transplant’.

For sure, this was a selfless move by Rakhi. This ultimate sacrifice by her is now being praised on social media and her post went viral on social media.

Entrepreneur Harsh Goenka also the inspiring story of Rakhi Dutta on social media saying, “Rakhi Dutta, a 19 year donated 65% of her liver to her father who was suffering from a serious liver ailment, without even thinking of the scars, pain or any future threat. A daughter’s love for her father is always very special.”

One Twitter user wrote, “Daughters are priceless. I am reminded of this thing every time I come home from the office my 1year old is so excited to see me back!”

15yr old boy’s organs donated to patients, he saves 4 lives after his death

In the heartbreaking incident, a family of a 15-year-old brain-dead boy, who was being treated at Sawai Man Singh (SMS) Medical College in Jaipur, donated his organs, including heart, liver and kidneys, to save the lives of four people. This was Rajasthan’s 38th successful organ donation amid the ongoing pandemic situation.

The now-deceased teenager, a Tonk district native, met with an accident, after which he was rushed to the hospital in Jaipur on November 3. However, doctors could not revive him. The teenager was proclaimed brain dead on November 7, Dr Manish Sharma, consultant, SOTTO, told The Times of India.

While the teenager’s kidneys and liver were given to three patients at SMS, Jaipur, his heart was sent to a private hospital in Delhi for transplantation as the medics couldn’t find a matching heart recipient in Jaipur, TOI reported.

Organ donation is the best thing which you can do to save the lives of others after your lifespan. He gave life to 4 other people. His Kidney was donated to other patients.

In a similar incident, a man donated his brain-dead wife’s heart and liver that benefitted two patients in Pune in Mumbai in September this year.

8-yr-old Mumbai girl died due to brain stroke, but she donated her Organs and saved 4 lives

An eight-year-old Mumbai girl experienced a brain stroke and was rushed to Lilavati Hospital. Despite the steps taken by the doctors, she passed away eventually. Brain aneurysms are very rare in children and are highly fatal when cracked.

However, after her death, she became one of the youngest organ donors of Mumbai. Today, her organs saved the lives of six other people, the doctors of Lilavati Hospital confirmed the news.

She may not be living but she is living in people’s hearts. The organ donation coordinator identified as Pramod Shinge from Lilavati hospital said “As per regulations, we conducted the first confirmatory test in the morning and second one at 6.30pm, after which we counselled the family about the possibility of organ donation. The family was aware of the practice and agreed readily to donate her heart, kidneys, liver, and eyes.”

Organ donation is the best thing which you can do to save the lives of others after your lifespan. She gave life to 4 other people. Her Kidney was donated to a 16-year-old-girl who had gone through the transplant after her secondary school exam.

Pramod Shinge further added “She had appeared for her Hindi paper on Tuesday and as the donor’s organ matched her specifications, her father agreed to the surgery on the same day. Family members said that since pediatric transplants are a rarity, it’s better to opt for the transplant rather than letting her continue appearing for exams.”

On the other hand, the second kidney was donated to a 5-year-old boy in Jaslok Hospital and he was given a new life as well. Not just that! the liver saved the life of a 32-year-old man who was admitted to Jaslok Hospital. He is doing just fine.

Additionally, a 10-year-old girl was desperately in need of a heart as the functioning of her heart to pump blood started slowing down. The hospital staff told, “She was waiting for an organ since September 2017 and we had even run a crowd-funding operation as the family was not able to bear the expenses. The harvested heart reached the hospital at 6.41am and Dr. Anvay Mule performed a successful transplant surgery.”

Her eyes were also donated to Roshni Eye Bank of Lilavati Hospital. 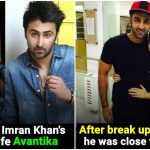 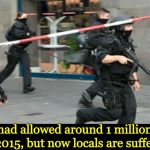