In shocking incident amid nationwide coronavirus lockdown, a woman was allegedly gang-raped by three men in Jaipur on Thursday. The unexpected incident took place near the Sawai Madhopur Batoda police station.

The incident became known on Friday when the woman approached the police station and lodged a complaint. The three accused have been arrested by the police for their wrongdoing.

The woman informed the police that for the last one month, she had been stranded in Sawai Madhopur owing to the coronavirus lockdown. She finally decided to return to her residence in Jaipur.

She lost her way while returning home and it is to be noted that she lives in a rented accommodation in Jaipur. She was desperately trying to reach there from Sawai Madhopur. But, she got lost on the way and reached the village which comes under the Sawai Madhopur Batoda police station area.

An official on the condition of anonymity added that the woman had been forcibly quarantined inside a government school by the villagers as they had suspected her of having a coronavirus. The villagers had forcibly kept the woman inside the school even as the local officials directed them not to, as reported by The Times of India.

While she was inside the school, the three youth sneaked in at night and then allegedly gang-raped her.

Following the incident, the woman had approached the police and the three accused were caught.

The police organised a medical examination of the woman and then remanded the accused persons in judicial custody.

“A case has been registered against the accused on the basis of a complaint lodged by the woman on Friday. The accused, identified as Rishikesh Meena, Lakhan Regar and Kamal Kharwal, have been arrested and produced before a court,” Deputy Superintendent of Police Parth Sharma said as per The Indian Express. 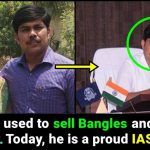 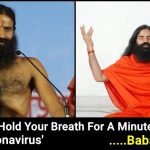