After starring in Rajamouli’s masterwork Baahubali, Prabhas not only became Tollywood’s most wanted hero but also became one of the top heroes in India. He appeared in 19 films. Some of his hit movies include Mirchi, Mr. Perfect, Yogi, Billa, Yogi, Chatrapati, Darling, Eeswar, Varsham, Billa, Ek Niranjan and many more are examples of his superhits.

In fact, Baahubali has been Prabhas’ best movie of his cinematic career. At the trailer launch of the Saaho movie, the Bahubaali fame was asked by a reporter “Is he ready to give competition to the KHAN’s of Bollywood?” To which, the star gave a cracking reply to the question leaving everyone in stitches. He said, “Thank you, ma’am. Can I leave?”

“But for the action sequences, we need a lot of preparation. For some action scenes, like the Abu Dhabi chase, we were working for almost a year. A lot of preparation and rehearsals are required. I need to support the director and the producers who spent too much,” he added.

Prabhas takes financial responsibility of the school, after seeing the poor conditions

For some actors like Prabhas, giving back to society matters more than anything else. A real hero is not the one who entertains the audience in movie theatres but the one who does some good work off the field and Prabhas lived up to his reputation for being the most humble actor as he has done his part when it needed the most.

Apart from entertaining the audience at the best scene, he has managed to win people’s hearts by stepping forward to donate something for the Blind school towards the corpus fund. It was learnt that the visually challenged students lacked basic facilities in the school run by the Andhra Pradesh Development Welfare Association of the Blind in Nalgonda.

When Prabhas came to know about this matter, he quickly approached the school and donated a sum of Rs.10 lakh to the organization so that it would survive for longer years. Let’s take a moment to appreciate Prabhas for his wonderful contribution which will lit the lives of many students over there.

Tollywood’s most iconic director SS Rajamouli took to his official Facebook handle to praise Prabhas’ contributions to the society. We all know that Prabhas and Rajamouli share a great deal of camaraderie on and off the sets. Their combination is an epic sensation, talk about Bahubali part 1 and 2.

“Actor Prabhas donated Rs.10 Lakh to Blind School towards corpus fund. He donated it to the School for Visually Challenged which is being run by the Andhra Pradesh Development Welfare Association of the Blind in Nalgonda,” SS Rajamouli wrote on his Facebook account.

As soon as the fans came to know about this, they quickly praised Prabhas for his touching act. Kindly forward this post to others. Let’s appreciate it and good works deserve maximum appreciations. The Youth salutes Prabhas for giving back to the society! 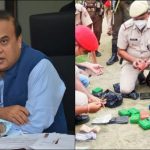 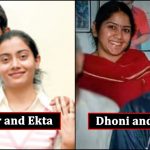