Not just Mohinder Amarnath, even former India captain Sunil Gavaskar, two months ago also advised Dhoni to play domestic cricket to get back into form.

MS Dhoni hasn’t been in the mix of things for the last month and a half and his last international game came against the Windies on November 1st in the fifth ODI. MS Dhoni hit the headlines for not being named in the T20I squads against the Windies and Australia, which took the Indian cricket fraternity by a shock. He is a regular wicketkeeper-batsman who has the potential to produce game-changing moments.

“Every individual is different but one thing I have always believed in is that if you want to play for India you have to play for your state as well. I think they (BCCI) should change this policy altogether. A lot of senior players don’t play domestic cricket,” the former all-rounder was quoted saying by PTI.

Amarnath also feels that Board of Control for Cricket in India should shape an eligibility criterion so that the players walk out to feature and play for their states quite often. The 68-year-old stressed the virtual importance of current form as well.

“The BCCI should make it an eligibility criterion. Not only a number of games, but you should also be playing regularly for your state if you are not playing for India, and not only just before the India selection. Then only you can judge how good the guy is playing. Whatever you have achieved is all in the past. What is important is current form,” he added. 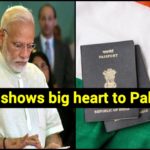