Prime Minister Narendra Modi has as many followers as he has people who don’t actually follow him. But as far as the micro-blogging platform- Instagram is concerned, PM Modi is the most followed and the most effective leader with 14.8 million followers.

According to Twiplomacy study 2018 conducted by Burson-Marsteller, an international public relations and communications firm, Narendra Modi is the most followed world leader on Instagram. After PM Modi, Indonesian President Joko Widodo follows next on the list followed by US President Donald Trump who is third.

Interestingly, even the second most-liked picture of a world leader belongs to PM Narendra Modi. Digging a bit deep into the picture, PM Modi stands at a bus stop in a scenic snowy Davos, where he was present at the World Economic Forum 2018.

The most liked photo is the pic of Anushka Sharma and Virat Kohli meeting PM Narendra Modi after their dream wedding. Not just that, Narendra Modi’s overall posts and videos of 2018, received 873,302 interactions on the photo-sharing app. 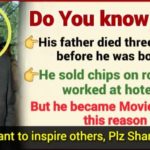 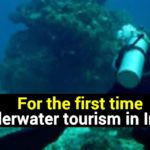