In a heart-wrenching incident, a 26-year-old man was mercilessly stabbed to death in broad daylight. The incident reportedly occurred at a shop in the Noonmati area of Guwahati, Assam. The victim, in this incident, identified as Rituparna Pegu, worked at a shop owned by Armaan Ali.

It all started on Friday afternoon when the victim reached a shop named Armaan Home Furnishing which belonged to one Armaan Ali. The murderer, Hussain Ali, was an employee at the store. A heated argument broke out between the victim and Hussain, over a chair.

Rituparna Pegu was killed by a group of five members in which Hussain Ali stabbed Pegu with a knife from behind. The victim immediately collapsed on the roadside. The shocking incident was captured on a CCTV camera installed at the shop. Rituparna Pegu was rushed to the local hospital where he was declared brought dead.

The accused have been identified as Dulal Ali, Ibrahim Ali, Manowara Khatun, Hussain Ali, and Armaan Ali. A case has been registered against the five accused at Noonmati police station under Sections 147/148/149/302 of IPC.

“We immediately rushed to the spot following the incident. We admitted the victim at the hospital, but doctors declared him brought dead. We had arrested four persons yesterday and one more arrested today,” the police officer said.

However, the Guwahati Police has arrested five persons in the case. To register their protest against the shocking incident, local people reportedly took to the street of Noonmati to protest the killing of 26-year-old man.

“We demand capital punishment for the murderers. They should be hanged till death,” said a man.

“We demand stringent punishment for this murder. The case should be tried in a fast-track court. He left behind his wife and seven-year-old baby. The government should give them adequate compensation. The license of the shop should be cancelled,” said a protesting man. 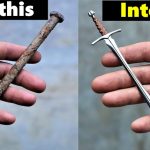 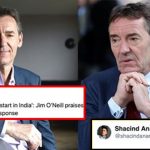