It’s true to the fact that most people try to kill snakes as soon after seeing them. It’s because people feel that killing them is the only way to get rid of the poisonous creatures and considering the fact that children live in the area, parents take precautionary measures by killing and burning them at the first place.

Apart from the venomous snakes, there are different snakes species which don’t need venom to kill their prey but make quick twists and turns before swallowing it completely. They are none other than Boa, Python and Anaconda. Well, we are quite familiar with these names, don’t we?

We’ve seen them more often in movies, with some scenes stealing the spotlight as the longest snakes in the world. In reality, some people across the banks of a stream in West Sumatra, Indonesia spotted a 27-feet reticulated python.

Where it went wrong?

While trying to catch eels, accidentally stepped on the snake thinking that it was a long log. The annoyed creature bounced back all of a sudden against six men who did their best to wrestle with the giant. In the fierce battle between the men and the snake, a resident by the name of Tan Galuang, said the snake wrapped around one man’s ankle. 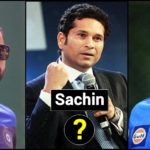