Indian captain Virat Kohli on Wednesday leapfrogged his former captain Mahendra Singh Dhoni and God of cricket Sachin Tendulkar on the list of highest paid sportspersons in the year 2018. Interestingly, Kohli has doubled his earnings as compared to the previous year.

Indian cricket captain Virat Kohli is already going places not just in the game of cricket but also in other business ventures as well. He earns a whopping money through advertisements, endorsements. His wealth is growing at a rapid pace. Having more wealth means one can easily invest money in several other businesses.

Dhoni stands fifth on the list with an overall income of Rs. 101.77 crores for 2018. The master blaster Sachin Tendulkar is in 9th place with Rs. 80 Crore in total earnings. Out of the Top 7 richest Indian athletes this year, six are cricketers and PV Sindhu being the only non-cricketer on that list. 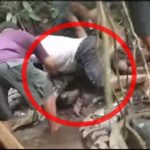