As they say, children are born innocent, parent’s attitude plays a significant role in determining the type of relationship they will have with their child. In the heart-wrenching news, a mother stabbed 8-month-old baby 90 times with incisive scissors for biting while breastfeeding as reported by Daily Mail.

Little did everyone know that the mother would take such an extreme step to stab her own baby ruthlessly. The infant, identified as Xiao Bao, was located by one of the uncles lying in a pool of blood in the yard of their residence and then took him to the local hospital immediately. The baby needed more than 100 stitches after the shocking incident.

The baby’s mother later admitted that she stabbed the baby after he bit her during breastfeeding. The family lives in Xuzhou, eastern China’s Jiangsu Province. It is also not known if the mother suffers from mental illness and the neighbours requested the local government to take the baby away from mother but it was ignored. There is no report on whether the mother is arrested or not for this reason. 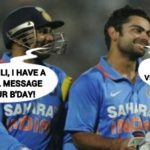