Diamond baron Savji Dholakiya who is a chairman of Shri Hari Krishna Exports once again proved that he is the most generous businessman of India. First, he gifted 500 flats to his workers on Diwali and now he is all set to gift 600 cars to the deserving staff members which include diamond workers as well.

According to the businessman, 1,500 employees have worked extremely well to qualify under the loyalty programme. Out of which, 600 employees have chosen cars whereas the remaining ones will be given fixed deposit certificates. It is also learnt that the employees will receive car keys from the hands of PM Narendra Modi.

Dholakiya told TOI, “1,500 employees have qualified under the loyalty programme, of which 600 have opted for cars while 900 will be given fixed deposit certificates. For the first time, employees will receive car keys and bank certificates from the hands of PM.

Our four employees including a physically challenged daughter are in New Delhi. They will be meeting PM at his residence at 10 am to accept the car keys. PM will also address the employees of Hari Krishna through video conferencing,” added Dholakiya.

He said adding that the company will be paying nearly Rs 50 crore worth of incentives to the deserving workers this year. The company had initiated the ‘loyalty programme’ in 2011. The Surat-based merchant had gifted as many as 500 flats, 525 pieces of diamond jewellery and 200 flats to his employees in 2014 as Diwali bonus. Talk about the best boss in India! 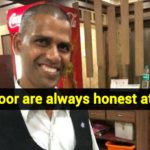