It is no more going to be a bed of roses for sexual predators. Now they can scarcely hide the wrong acts with the cover of their power and influence. Even the powerfully naughty and haughty Harvey Weinstein had to give in to the thunder of #MeToo some months back. Thanks to the bold roars in unison by over 80 victims who could finally corner this lecherous filmmaker. What of Weinstein’s castle of his opulence and social influence now? They all have fallen virtually down like a house of cards! Yes, the formidable jaws of MeToo have already devoured a good many Weinsteins across the world.

Big uproars in media and Bollywood have already put the integrity of the entertainment houses into question. Many film actresses are now determined to fight against the sexual advances by their past bosses.  But what is too shocking is that we now get to see the skeletons tumbling out from the unsuspected holy cupboards too. This 19th October was another new dawn for the Northeast. A humble lady from our Meghalaya could gather enough courage yet again. She spelt out through social media the evil acts of the devil under the garb of holiness. Too disgusting, ones who sermonized and lectured about the “hell of eternity” in fact had allegedly given the lady hell since she was a 5-year old kid. I don’t think any jail sentence or material punishment will ever content God in heaven for such heartless pedophilic acts. It is an unpardonable sin.

Well, it’s too difficult to analyze the ordeal the said lady had experienced all through. But the pain of anxieties and trauma has driven her to cry for the “justice”. True, with the “Weinstein effect” worldwide now, the aggrieved victims of sexual abuses can stand up and call out the perpetrators. Yes, I am quite sure, what we see now is just the tip of the iceberg. Frankly speaking, MeToo is frightfully sharp dagger that will slay the evil within perverts. Not just that, it will frighten away the males from committing any sexual crimes. Let’s pray, the more new cases, albeit genuine,  come to light and the more sanity will descend upon the society.

I think the stern laws and various kind of punishments existing to prevent sexual misconducts have been quite dwarfed by the worldwide Metoo movement. One considers this movement as truly “successful” when males habitually “fear to touch” females as they fear to touch fire. Indeed, as noticed, the fear “symptom” has already started to run deep into the veins of the males. Is it not a very healthy development? Hope this will help douse their raging fire of lust.

However, there is a fair chance of this movement being “misused” for the wrong end too. Its consequence could be very bad for both males and females, and society at large. Such false #MeToo sure to “upset” the system God created. So, no innocent males should ever be harassed and tormented by females for vengeance.  “WeTwo” should not at all turn into MeToo, else the “sharpness” of MeToo movement itself goes blunt too early. Let the evil in man be slain, not his gentlemanliness! 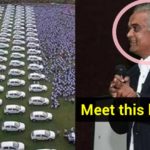 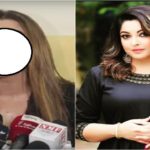