There has always been a buzz about Nick Jonas and Priyanka Chopra of late. Everyone can’t just wait for the mega international event of the year- “Priyanka-Nick wedding” which is expected to happen soon considering the speed at which things are moving smoothly from both the ends. According to the report, Priyanka Chopra and Nick Jonas will get married on December 2 at the Umaid Bhawan Palace in Jodhpur. 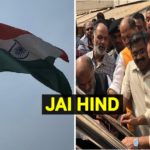