Sushant’s untimely death baffled everyone and has been a month since star Bollywood actor passed away but nobody seems to have moved on. The final postmortem and viscera reports confirmed that Sushant Singh Rajput passed away due to asphyxia by hanging and police say Sushant Singh Rajput died by suicide at his Bandra apartment in Mumbai. But the actor’s ardent fans are still speculating something fishy in his death.

Mumbai Police has already launched a probe into Sushant Singh Rajput’s death. Many celebrities including Rhea Chakraborty, Ankita Lokhande, his manager, Mahesh Shetty have been interrogated by police in connection with the suicide case.

Now, Mumbai police have called film critic Rajeev Masand for interrogation in connection to Sushant Singh Rajput’s death. The police were likely to question Masand about the reviews he had given to the actor’s film, news agency PTI reported.

The police, which is trying to find out the exact reason behind Sushant’s death, has until now questioned many people associated with him and also celebrities from the film fraternity in connection with the case. Following summons, issued to him, Rajeev Masand appeared at the Bandra Police station for questioning.

Some photos of Rajeev entering the police station to record his statement are going viral on social media. Following Sushant’s death, Masand had received flak from social media users after several of his blind items allegedly targeting Sushant, calling him a ‘skirt-chaser’, apart from a story about #MeToo allegations, went viral.

People took to social media to post screenshots about the alleged blinds on Sushant that Masand had written. This development came soon after, film actor Kangana Ranaut slammed Bollywood’s mafia for promoting nepotism in the film industry. Bollywood ‘Queen’ Kangana Ranaut lashed out at Bollywood Mafia for sabotaging Sushant Singh Rajput’s career. She had questioned why Sushant Singh movies were not acknowledged at award shows.

Mumbai Police are continuing with their investigation and record more statements in the case. By far, as many as 35 statements have been recorded. “We are not waiting for forensic reports to get more clarity. Our investigation continues to look into the professional rivalry angle,” said an officer. 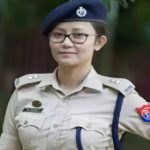 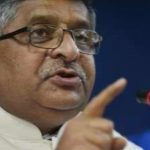