In an attempt to promote the fitness and it’s importance, Milind Soman stole the spotlight for running 72 Km on 72nd Independence Day to make it much more special and memorable. Milind never ceases to amaze us providing great fitness tips and he has been continuing this for over a years. He has been our inspiration.

Milind’s extraordinary tale of stamina to run such a long distance considering that he is 52 years old just goes to show that age is just a number. He is well known for the knack of running and he loved doing it when he went about his business.

He ran 72 Km in the national capital ending his venture at India Gate to celebrate Independence and it was one of the best things that had happened. He urged people to remain as fit as a fiddle. With the evolution of the internet and social media, people more often forget to take care of their own fitness. Milind believes that his message on fitness would definitely reach out to people in the country.

“People mark August 15 in their own way. I thought, why not celebrate it in a way that would make people fitter? To me, running is the best way to do that,” he was quoted as saying by TOI.

“Running 72 km is not just to celebrate our Independence Day but also to promote the message of exercising our freedom to live in a healthy way by making the right choices of spending 30 – 40 minutes daily on self, clean eating, being active and challenging your physical and mental abilities to lead a fit life. Age should not be a limiting factor. We want large number of people especially women to take up running and adopt fitness in their way of life,” he added.

Clothes should not become deterrent to women’s fitness. The idea is to inculcate the fitness habit in their comfort wear. This run emphasised the fact that a mere element such as dressing can stop no woman from striving towards fitness.” 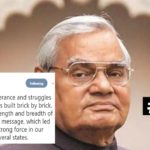 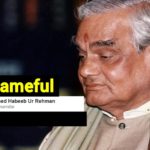